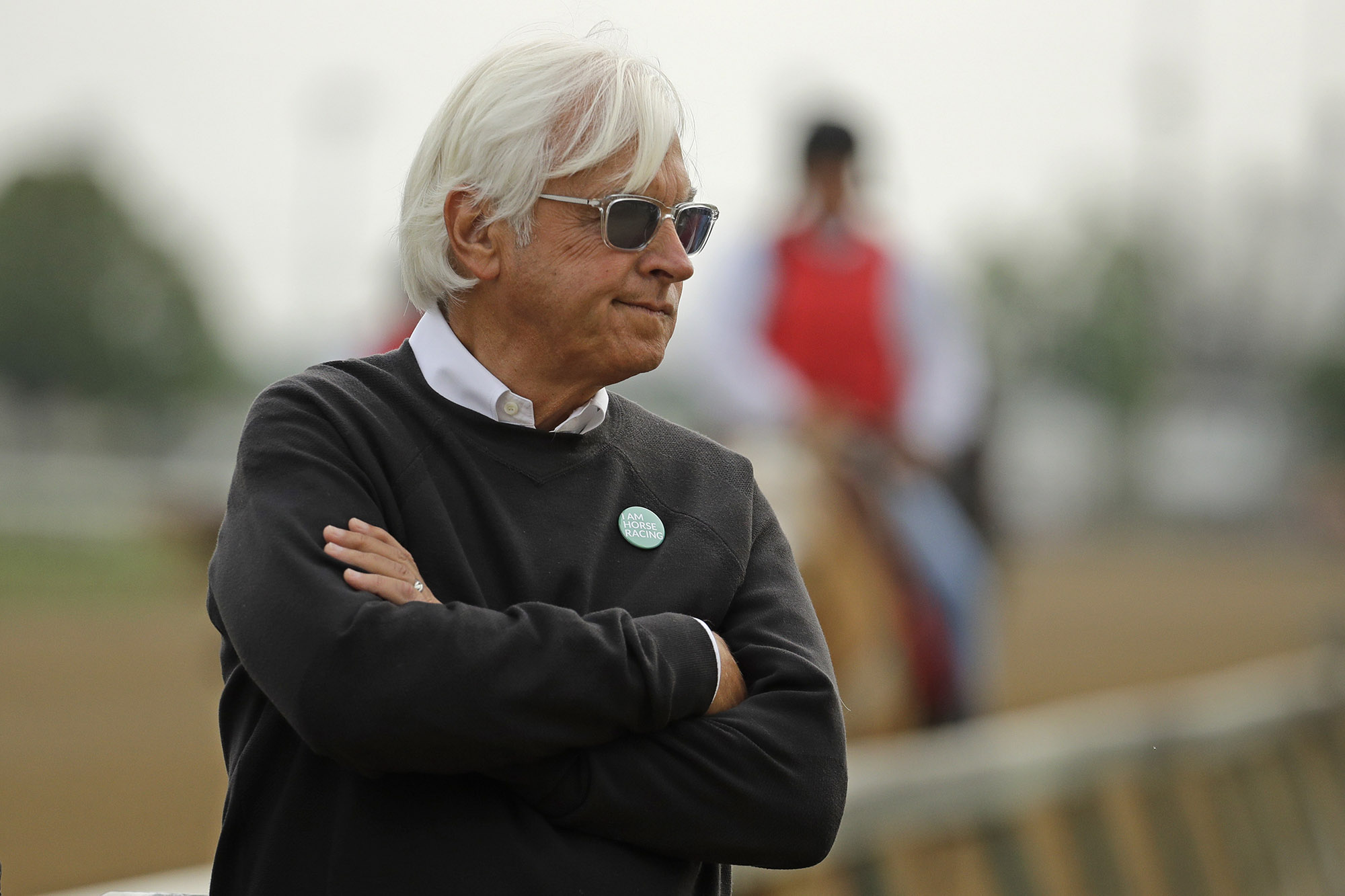 Bob Baffert has been banned from the racetrack where his horses have won the first leg of the Triple Crown seven times.

Churchill Downs announced Wednesday it issued a two-year suspension to the Hall of Fame trainer, after Baffert’s Kentucky Derby-winning Medina Spirit had a failed drug test confirmed for betamethasone. The ban would mean Baffert and any trainer employed by him will not be able to enter horses for the next two Kentucky Derbies, among other races.

Medina Spirit could also be disqualified as the 2021 Derby winner, which would make Mandaloun the official winner of the race.

“CDI [Churchill Downs Incorporated] has consistently advocated for strict medication regulations so that we can confidently ensure that horses are fit to race and the races are conducted fairly,” Bill Carstanjen, CEO of CDI, said in a statement. “Reckless
practices and substance violations that jeopardize the safety of our equine and human athletes or compromise the integrity of our sport are not acceptable and as a company we must take measures to demonstrate that they will not be tolerated.

“Mr. Baffert’s record of testing failures threatens public confidence in thoroughbred racing and the reputation of the Kentucky Derby. Given these repeated failures over the last year, including the increasingly extraordinary explanations, we firmly believe that asserting our rights to impose these measures is our duty and responsibility.”

Baffert’s horses have had at least 31 failed drug tests during his career, according to the Louisville Courier-Journal.

The New York Racing Association (NYRA) announced two weeks ago it was temporarily banning Baffert from entering his horses at any of its racetracks because of Medina Spirit’s failed drug test.

Baffert had initially claimed to have no knowledge of how betamethasone could have entered Medina Spirit’s blood, only to later reveal that they had treated the horse for dermatitis with the anti-fungal ointment Otomax, which contains the banned steroid.

A lawyer for the owner of Medina Spirit told the New York Times earlier on Wednesday that they will pursue further tests to see if the original samples include other components that can prove the traces of betamethasone came from the ointment.