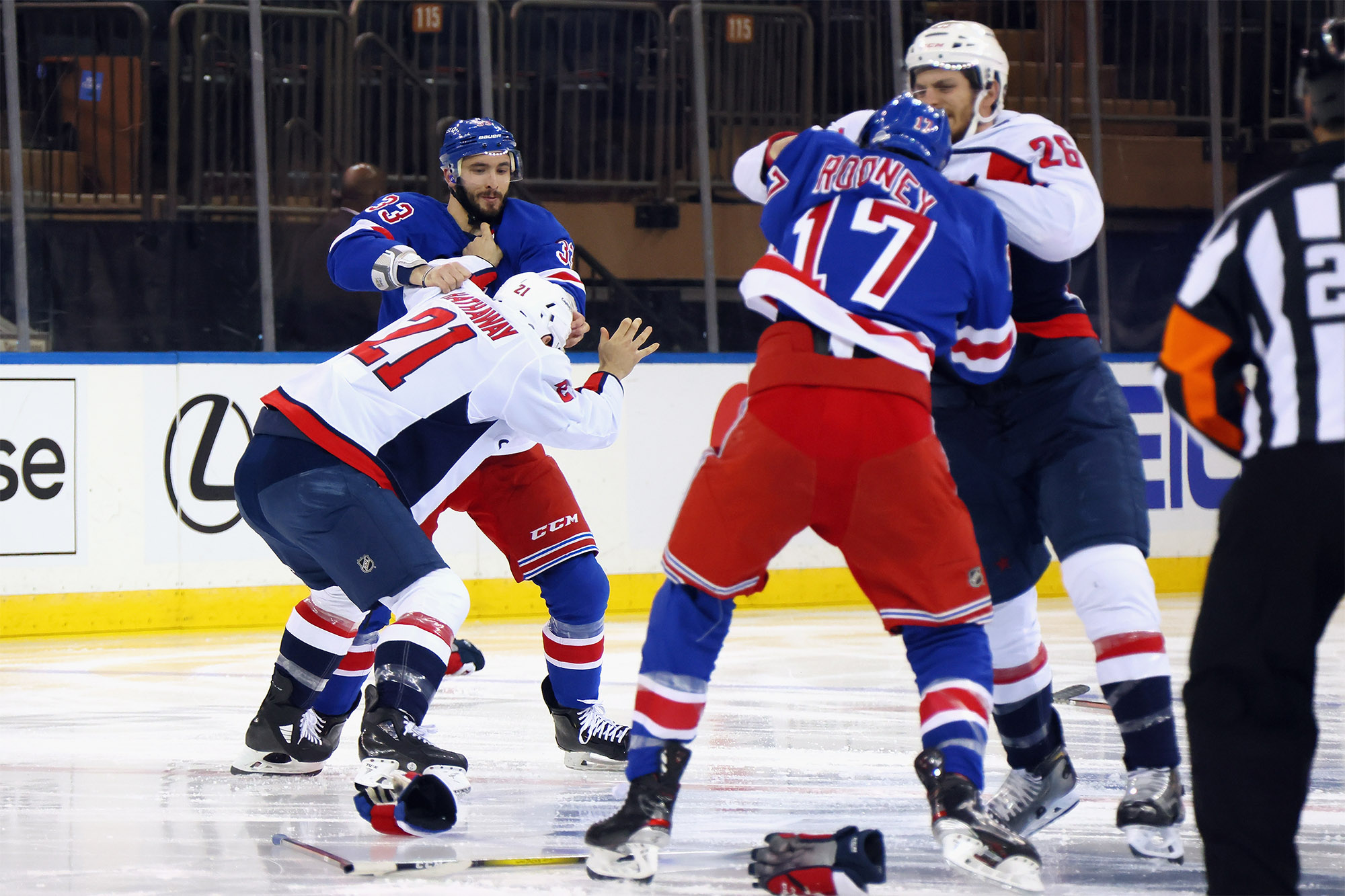 The Rangers’ measure of revenge came courtesy of their fists and not the scoreboard on Wednesday.

In the 4-2 loss to the Capitals, which came two days after Tom Wilson cheap-shotted his way against the Blueshirts, the teams took part in a wild rematch at the Garden that included six first-period fights and totaled 141 penalty minutes.

Wilson and his teammates were forced to answer for his punching of a defenseless Pavel Buchnevich and throwing Artemi Panarin to the ice on Monday, which resulted in Wilson receiving just a $5,000 fine from the NHL.

“I definitely think we felt the need to take matters into our own hands a little bit,” Rangers coach David Quinn said.

Washington not only willingly engaged, but took home the victory, thanks to T.J. Oshie’s hat trick.

Rangers rookie Morgan Barron notched his first NHL goal in the loss, with defenseman Zac Jones netting his second big-league helper on the play in the waning minutes of the third.

Alexis Lafreniere scored the other goal for New York.