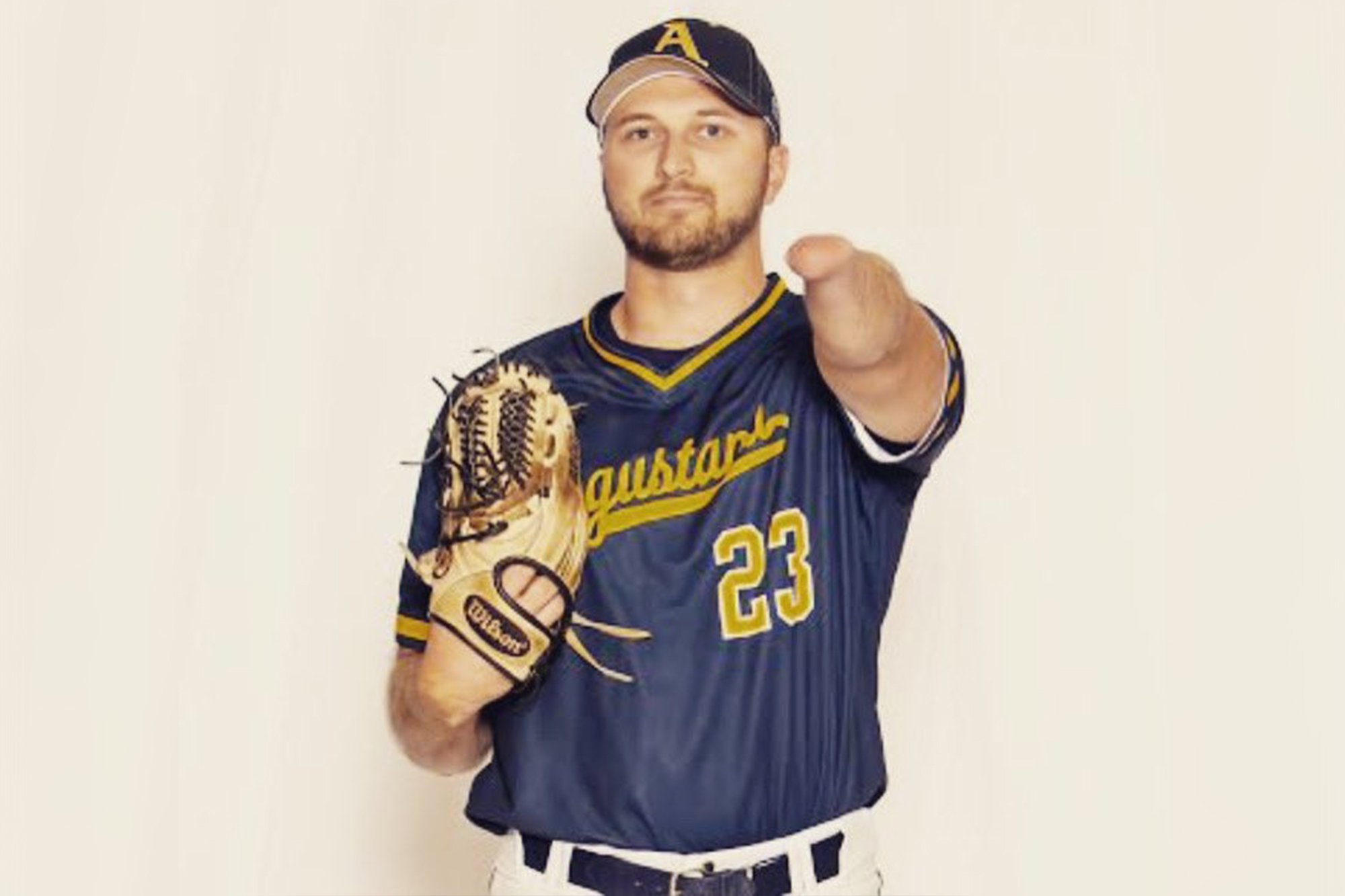 A heartless crook stole a prosthetic arm belonging to a college baseball pitcher in South Dakota.

Parker Hanson’s artificial limb was in his unlocked car outside his home when a thief was caught on surveillance camera stealing it early Monday morning.

“To the person in Sioux Falls last night who felt the need to steal other people’s property, I hope those prosthetic arms and attachments bring you more use than they brought me,” Hanson, a baseball player at Augustana University, wrote on his Facebook page.

Hanson’s prosthetic arm and other equipment were inside a tan Nike backpack.

The bag was found down the block from Hanson’s home Monday night, but the arm was not inside, the athlete said.

Hanson told the Argus Leader that the prosthetic arm is specially designed for him.

In place of his missing one, Hanson is using a backup prosthetic that doesn’t fit as well, he told the newspaper.

The community support since the theft, Hanson said, has been overwhelming.

“I’ve had people from all walks of life reach out hoping I get my stuff back, praying for whoever took it, it rejuvenated my thoughts on how much good there really is in the world,” Hanson told the publication.

England braces for delay in re-openings as infections rise