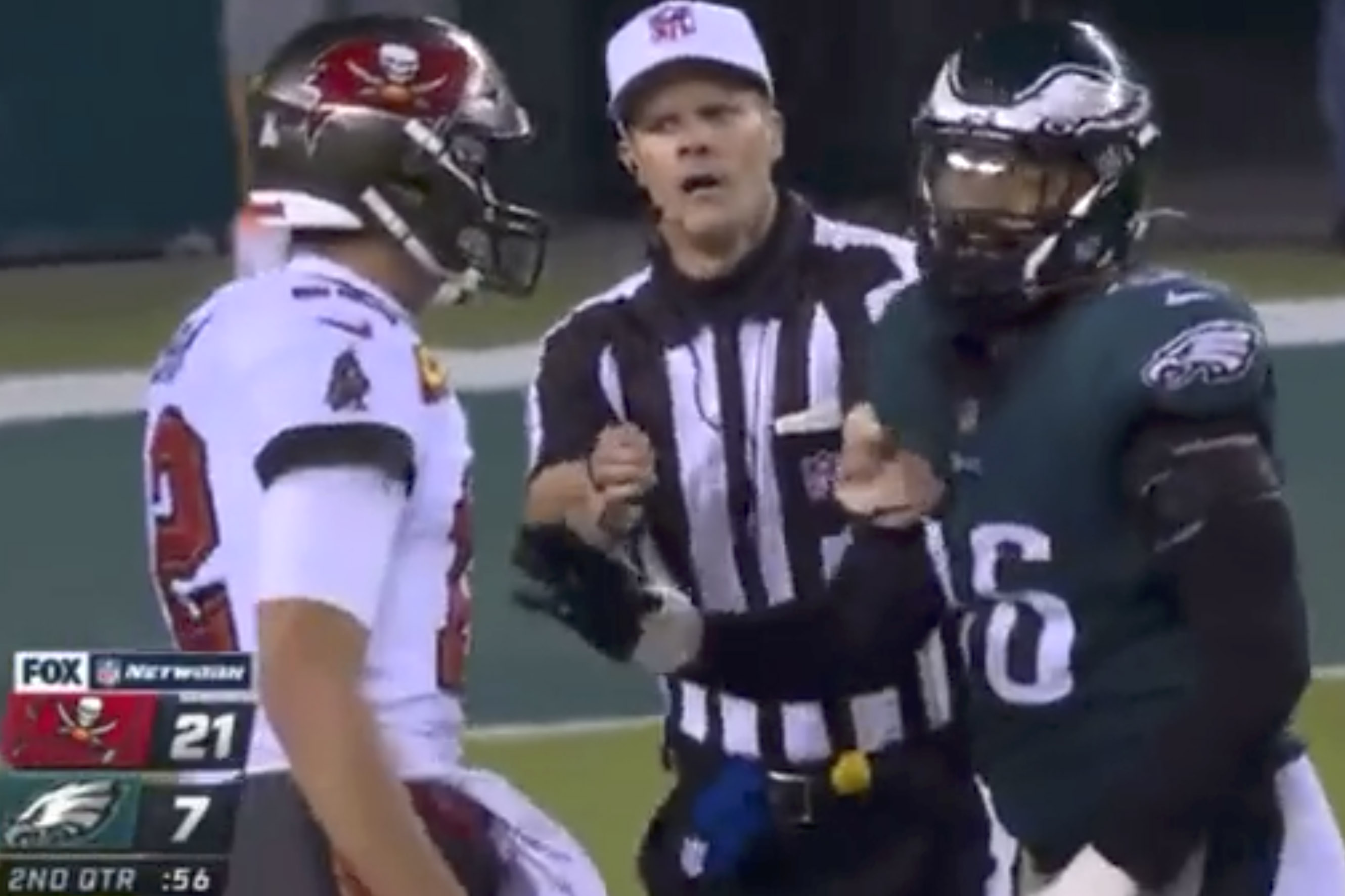 Did Tom Brady’s Week 6 win over the Eagles include some help from a referee?

Fans on social media seem to think so, after cameras caught a questionable moment in the second quarter of Tampa Bay’s 28-22 win over Philadelphia on Thursday night.

After Brady threw a long interception, the referee appeared to insert himself between Brady and defensive end Derek Barnett, who attempted to block the quarterback while the play was still live.

Internet critics claimed the ref was shielding Brady on purpose to protect him and former Eagles tight end Clay Harbor called out the moment on Twitter.

“You can’t make this up. The ref came to Tom Brady’s aid during a LIVE play when he was trying to make a tackle on the interception he just threw,” Harbor tweeted.

Brady’s pass — intended for Antonio Brown — was picked off by Eagles safety Anthony Harris. As the Eagles defense attempted to return the interception, Barnett continued to clash with Brady until he was stopped by Bucs’ Ryan Jensen and the referee.

One Twitter user wrote, “Defensive lineman are taught to block the QB on an interception. But when it’s Tom Brady it’s called rough play and dirty as he is protected by the refs.”

Another argued, “The ref tried to save Brady…that lineman had every right to push and shove and try to block him.”

Brady — who played through a thumb injury he suffered in Tampa Bay’s 45-17 win over the Dolphins last week — threw for 297 yards and two touchdowns in Sunday’s win over the Eagles.

The Buccaneers face the Bears at home in Week 7.