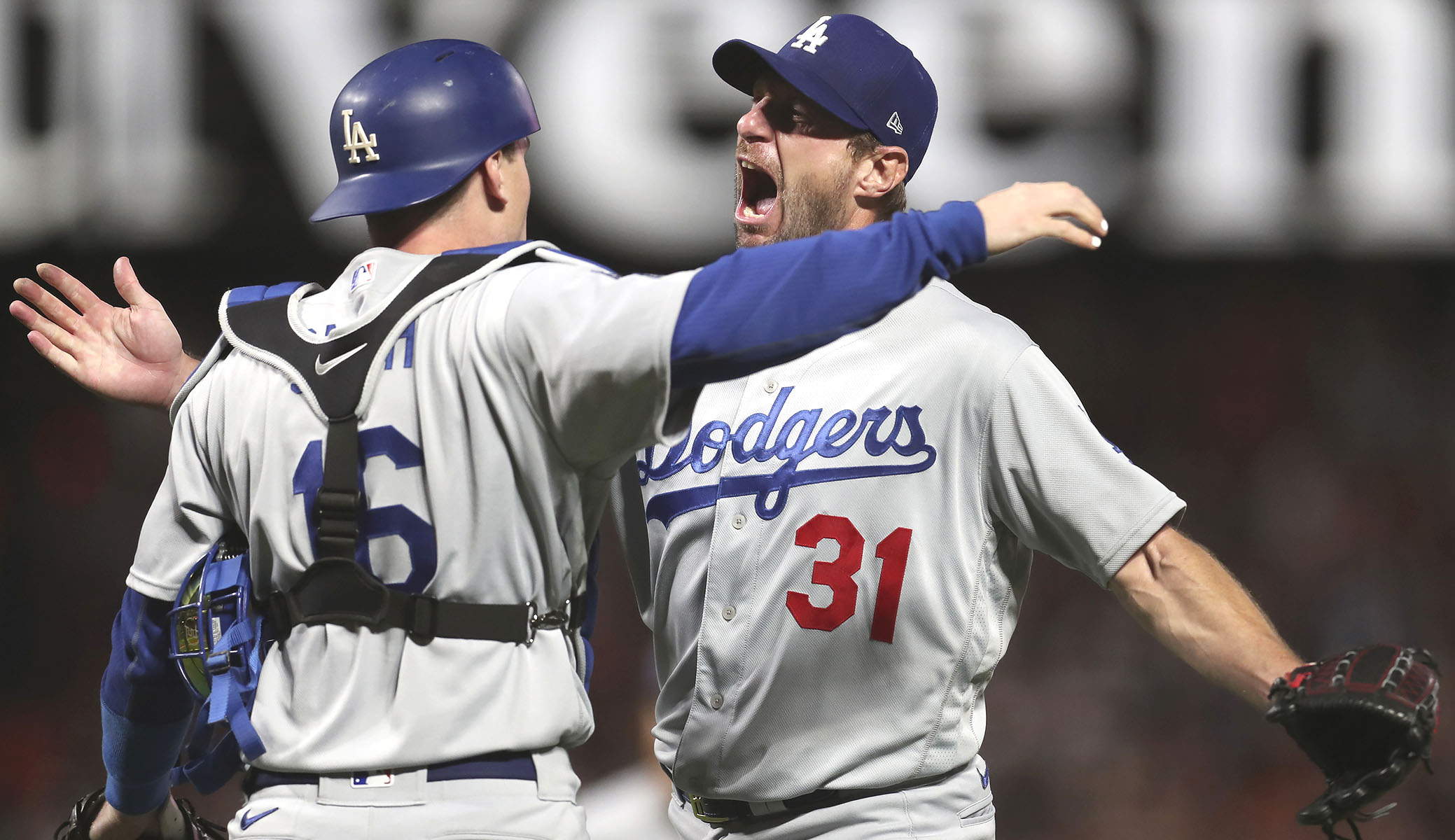 Former Met Wilmer Flores struck out against Max Scherzer to end the game, despite clearly appearing to check his swing. But first-base umpire Gabe Morales said Flores swung when the Dodgers catcher Will Smith appealed, and now Los Angeles will face the Braves in the NLCS.

Cody Bellinger hit a tiebreaking single in the ninth inning and prized midseason acquisition Max Scherzer came out of the bullpen for a save, sending the Los Angeles Dodgers past the Giants in a thrilling winner-take-all.

Bellinger’s big hit came after a 3-for-14 showing this postseason and capped a scintillating NL Division Series it seemed nobody wanted to see end given the talent and win totals involved in the latest exciting chapter of this storied rivalry.

Mookie Betts had a postseason career-high four hits and will lead the next step in LA’s championship defense at Atlanta for Game 1 of the NLCS on Saturday.

Camilo Doval plunked Justin Turner with one out in the ninth and Gavin Lux then singled before Bellinger delivered his most meaningful hit in a scrutinized season.

Scherzer, the Game 3 loser who came from Washington at the trade deadline, closed out a best-of-five series certain to go down among the several classics these franchises have played — right up there with the 1951 and ’62 clubs that each matched up in three-game tiebreakers for the NL pennant that the Giants won each time.