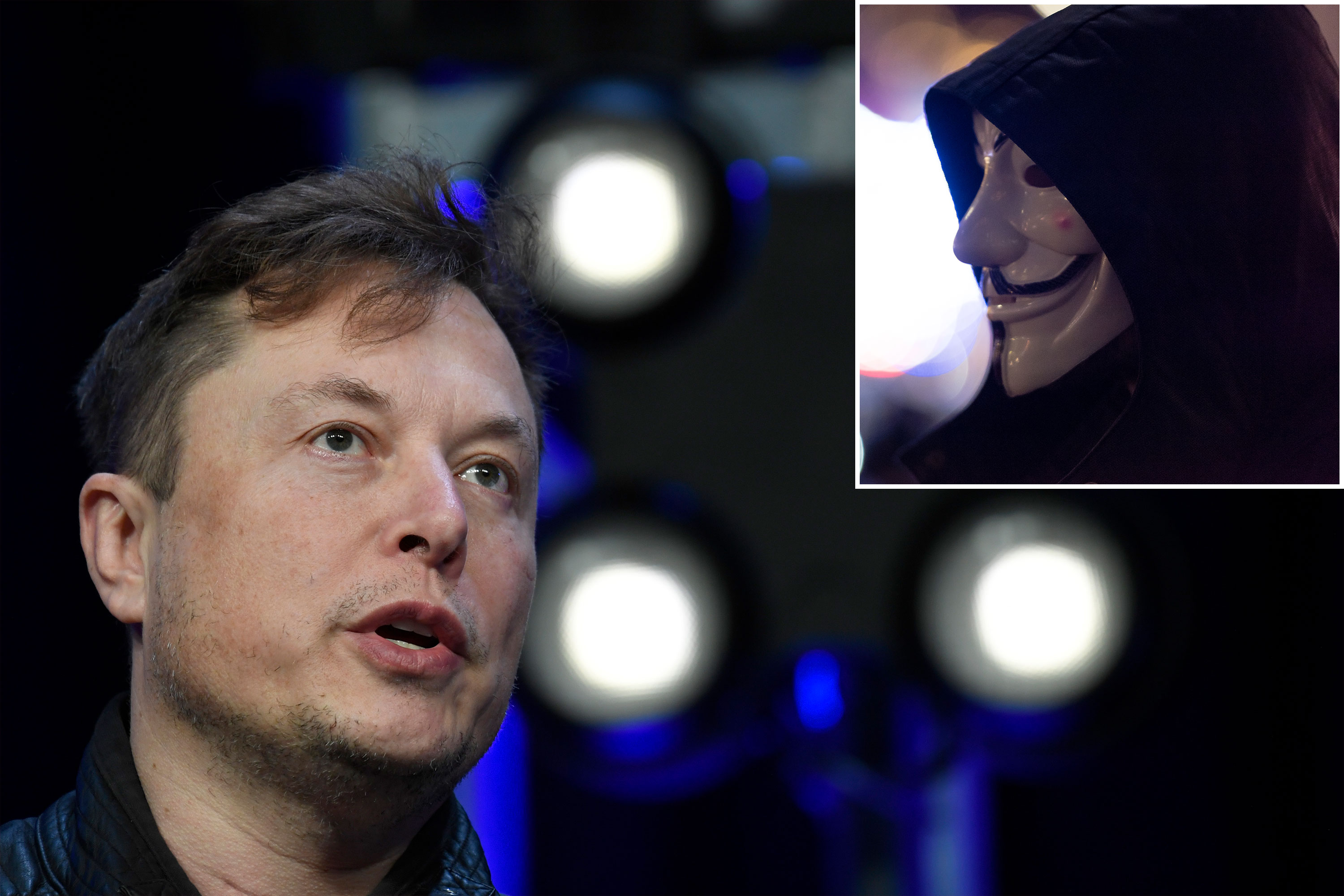 Elon Musk appears to be the latest target of a notorious group of hackers.

“For the past several years you have enjoyed on of the most favorable reputations of anyone in the billionaire class because you have tapped into the desire that many of us have to live in a world with electric cars and space exploration,” a person wearing a Guy Fawkes mask with a digitally altered voice said in the video, posted to Twitter Saturday.

“Recently… people are beginning to see you as another narcissistic rich due who is desperate for attention.”

The message came after Musk posted yet another cryptic tweet about Bitcoin that devalued the asset Friday.

“Millions of retail investors were really counting on their crypto gains to improve their lives,” the figure in the video said. “Of course, they took the risk upon themselves when they invested, and everyone knows to be prepared for volatility in crypto, but your tweets this week show a clear disregard for the average working person.”

Anonymous, which has been linked to cyber attacks on police departments, politicians, financial companies and religions, went on to issue what appeared to be a vague warning to the tycoon.

“You may think you are the smartest person in the room, but now you have met your match. We are Anonymous! We are legion. Expect us,” the person said.

Musk did not address the thinly veiled threat directly, but about 20 minutes after the group’s post, Musk tweeted: “Don’t kill what you hate, Save what you love.”

Thiel-backed psychedelic drugmaker valued at $3.2B in Nasdaq debut