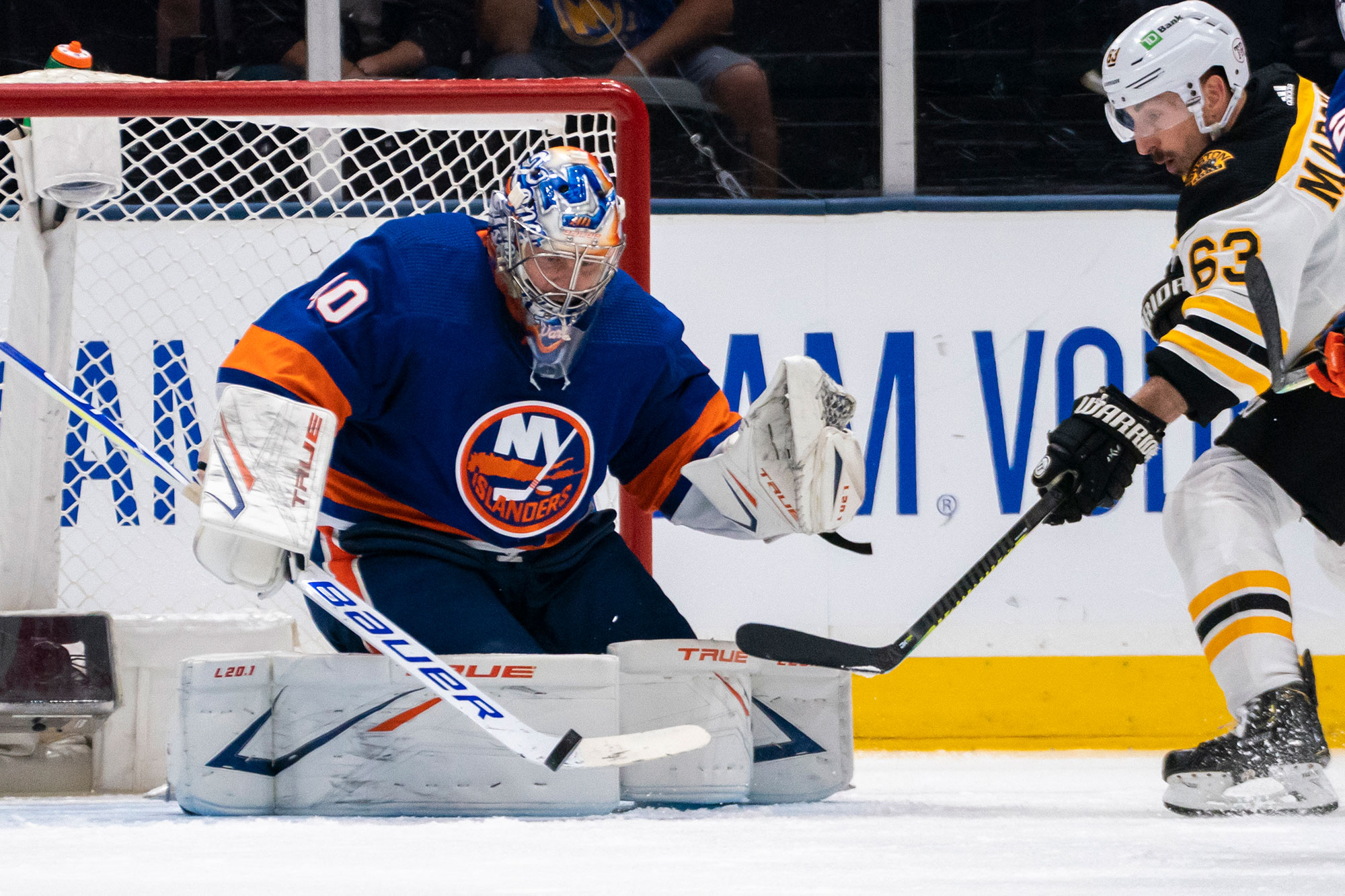 After getting past the Pittsburgh Penguins in Round 1 despite not playing their best hockey, the New York Islanders have found their game and so has Mathew Barzal. That spells trouble for the Boston Bruins, who after a dominant win in the series opener have allowed the Islanders to tie the series twice.

Boston must win Monday night to avoid facing elimination on Wednesday at Nassau Coliseum. The pressure is on the home team, but the Bruins should be optimistic about their chances BetMGM lists them as -185 favorites on the moneyline in Game 5. However, is there value in laying $1.85 to win $1 here? I would have said yes a week ago, but now I’m not as confident in my prior assessment of the series for a number of reasons.

By my eye, the Islanders have improved their play in the neutral zone and have been advancing into the offensive zone more effectively than they had been at the start of the series. This, along with their ability to force the Bruins’ best shooters to the perimeter, is a big reason why the series is tied.

The Islanders were awful in the series opener, and they still haven’t dominated a game the way the Bruins did that game, but the three subsequent tilts have been very evenly matched. Sure, the Bruins have had a pretty significant edge in shot attempts during five-on-five play, but outside of the first game, in which they held the Islanders to just 13 scoring chances while generating 38 themselves, the Islanders have kept it close. They’ve owned 47 percent of the five-on-five scoring chances since then, according to hockey stats website Natural Stat Trick.

Viewing the games through the lens of Evolving Hockey’s expected goals tells a similar story. Expected-goals models judge each unblocked shot attempt based on a number of variables to determine the likelihood of a shot finding the back of the net. Shot location is a big one, but shot type and angle are also taken into account. Some models even factor in things such as rebounds and whether a shot was off a rush.

At five-on-five, the Bruins have controlled more than 53 percent of expected goals in the series, but that number is skewed heavily because of just how bad the Islanders were in the first game. In Games 2-4, the Islanders have generated approximately 53 percent of expected goals. Of course, this has a lot to do with the way head coach Barry Trotz matches his lines on home ice. Bruce Cassidy will be dictating the matchups on Monday.

Bettors should expect the Bruins to play some of their best hockey of the series, but it’s likely they’ve already played their best game. The Islanders will likely never be as bad as they were in the series opener, and they’ve been pretty good since. From a numbers standpoint, I believe the game odds are fair, because the Bruins have been the better team over a larger sample of games dating back to the trade deadline.

However, if we’re restricting ourselves to using data from this series and this series alone, we shouldn’t expect either team to have a huge edge over the other in any one category. If you’re picking a side, don’t overthink it and take the ’dog at +165. As of right now, the Bruins are without two key defenders in Kevan Miller and Brandon Carlo, and it’s well known that goaltender Tuukka Rask is dealing with a nagging injury. It’s impossible to justify laying a big price with the home team here.