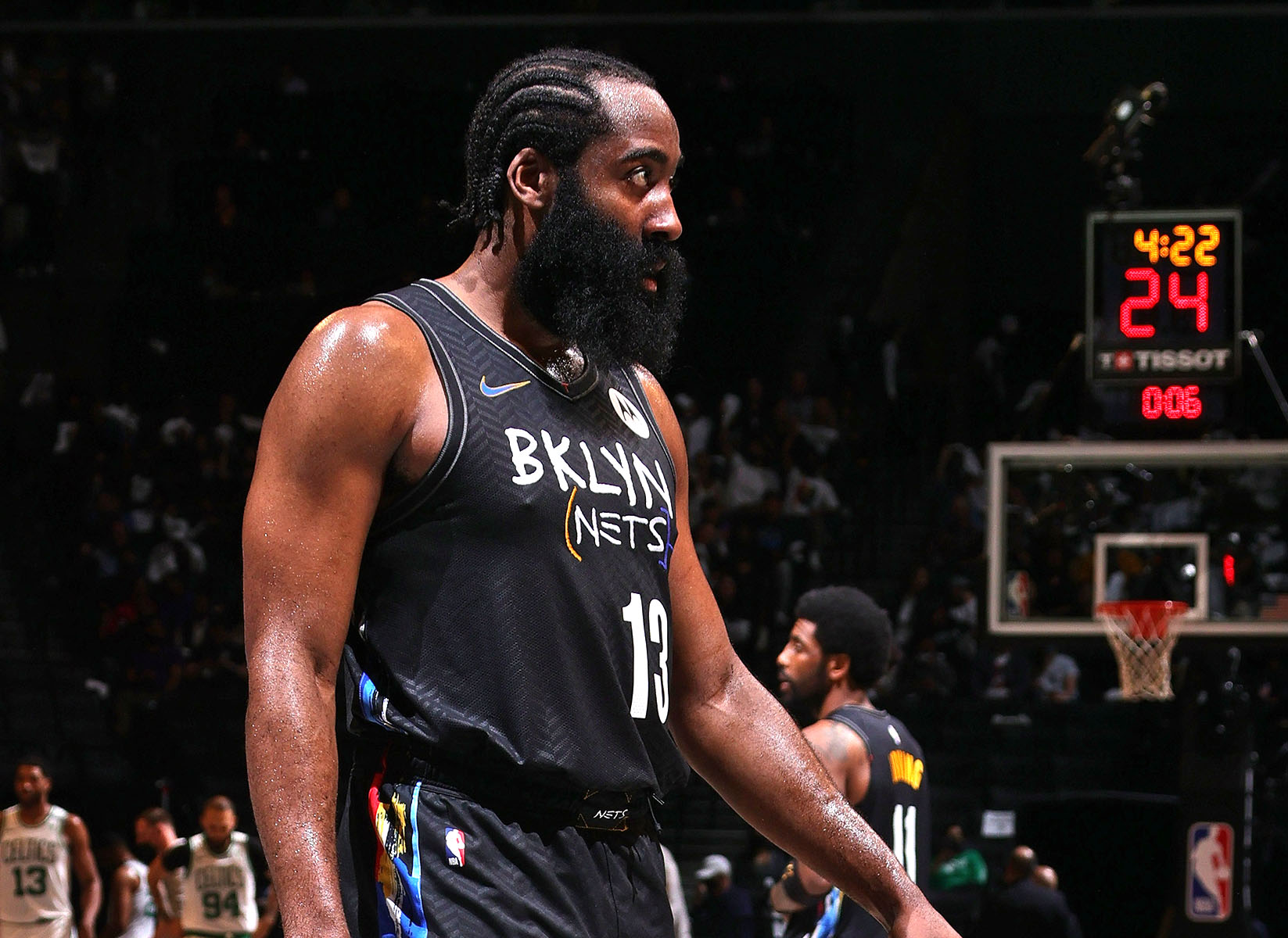 Injuries were always the biggest threat to Brooklyn’s Big 3. And another one surfaced yet again, with James Harden lasting less than a minute into Saturday’s Game 1 of the Eastern Conference semifinal before hobbling off the court.

Harden injured his right hamstring on his first drive of the game against the Bucks, and at the end of the first quarter, was ruled out for the rest of the night. He kicked the ball out to Joe Harris in the corner and immediately clutched at his right leg in clear discomfort.

Harden didn’t even run to the locker room, but walked slowly as the air came out of the Barclays Center crowd.

Nets coach Steve Nash quickly called timeout just 43 seconds into the contest and summoned guard Bruce Brown off the bench. Then little-used Mike James made an appearance seven minutes in, while Harden was nowhere to be found.

Injuries and health have been an issue for the Nets all season and the thing that could derail a championship run.

“Every year your plan is to win a championship – I think that’s every basketball players’ dream and mindset every single year. Obviously, in reality, it is only a handful of teams that have an opportunity and we’re one of those teams this year,” Harden said before the Nets played Game 1 versus the third-seeded Bucks, a clash many viewed as befitting an NBA Final.

“As you look at our roster we’re elite too. It’s gonna be a showdown. I’m more than confident going into this postseason just because obviously the roster and then our schemes and the things that we can control and the versatility that we have.”

Harden had missed games on April 1 and 4, before returning against the rival Knicks. But he lasted just 4:22 in that April 5 victory before he subbed himself out because of the same right hamstring. He missed a career-high 18 straight games before finally returning on May 12 against the Spurs.

Injuries, absences and COVID-19 quarantines conspired to hold the Nets’ Big 3 to just 202 minutes together this entire regular season. The time was spread over eight games, seven of them starts. Granted, Brooklyn was 6-1 in those games, which tantalized fans with what Harden, Kevin Durant and Kyrie Irving could do now that they were all healthy for the playoffs.