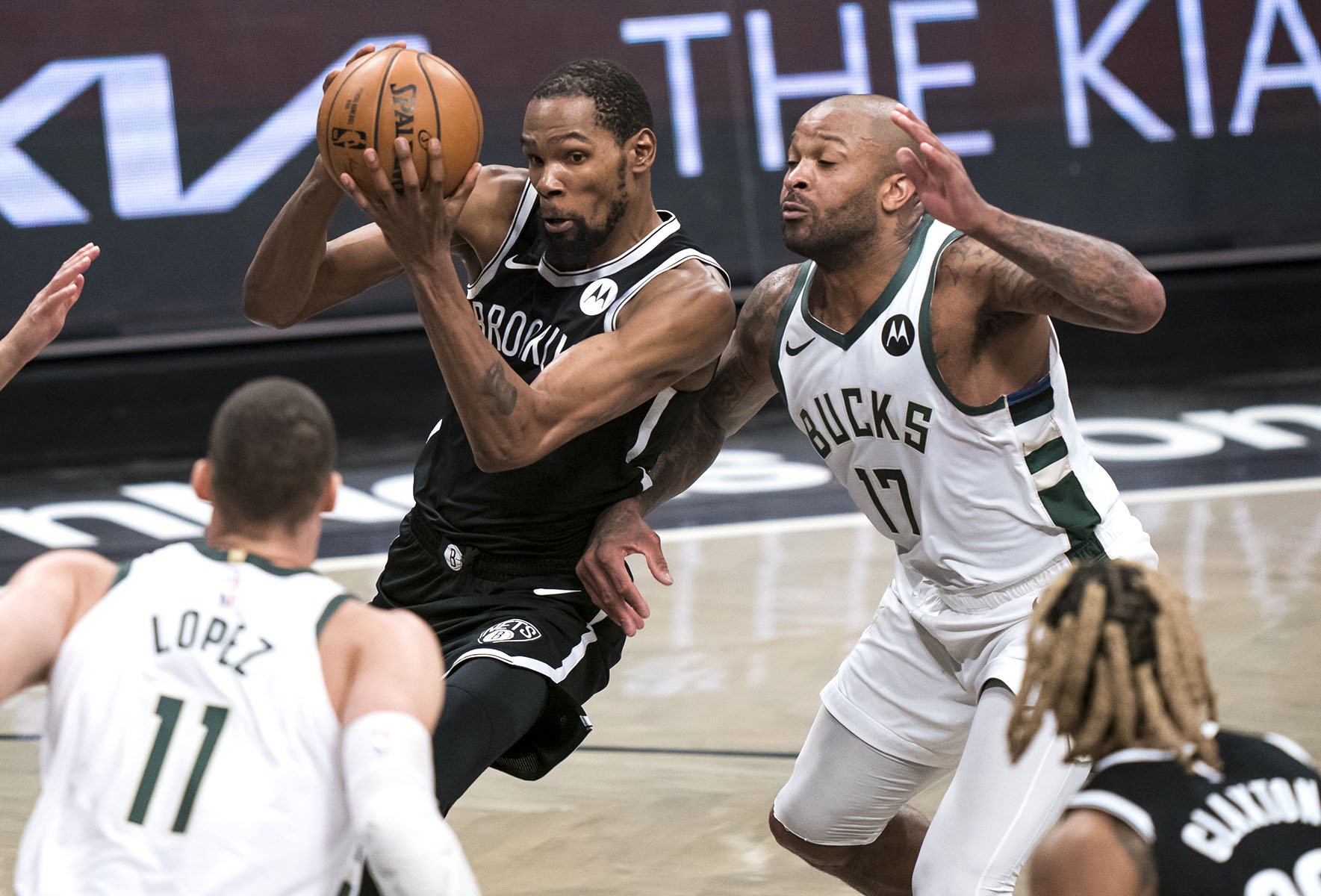 Brooklyn lost James Harden less than a minute into the Eastern Conference semifinals. But they never came close to losing the game.

The Nets rode their vaunted offense and some surprising perimeter defense to a resounding 115-107 Game 1 victory over the Bucks before a raucous sellout crowd of 15,750 at Barclays Center.

“Really excited. This is fun. This is a great time of year. Walk to the arena in 90 degree heat and it feels like playoff time. Just excited that we’re here,” said Steve Nash beforehand. “Unfortunately Jeff (Green) is not playing but otherwise healthy and great challenge and that’s what you want is a challenge and an opportunity and so we’re really excited that we’re here for some summer basketball.”

The rest of Brooklyn’s Big Three came up huge when they were needed. Kevin Durant had 29 points and 10 rebounds. And with Harden limping off just :43 into the game with an injured right hamstring, Kyrie Irving played marathon minutes and turned in a stellar effort with 25 points, eight assists and five rebounds in 44 minutes.