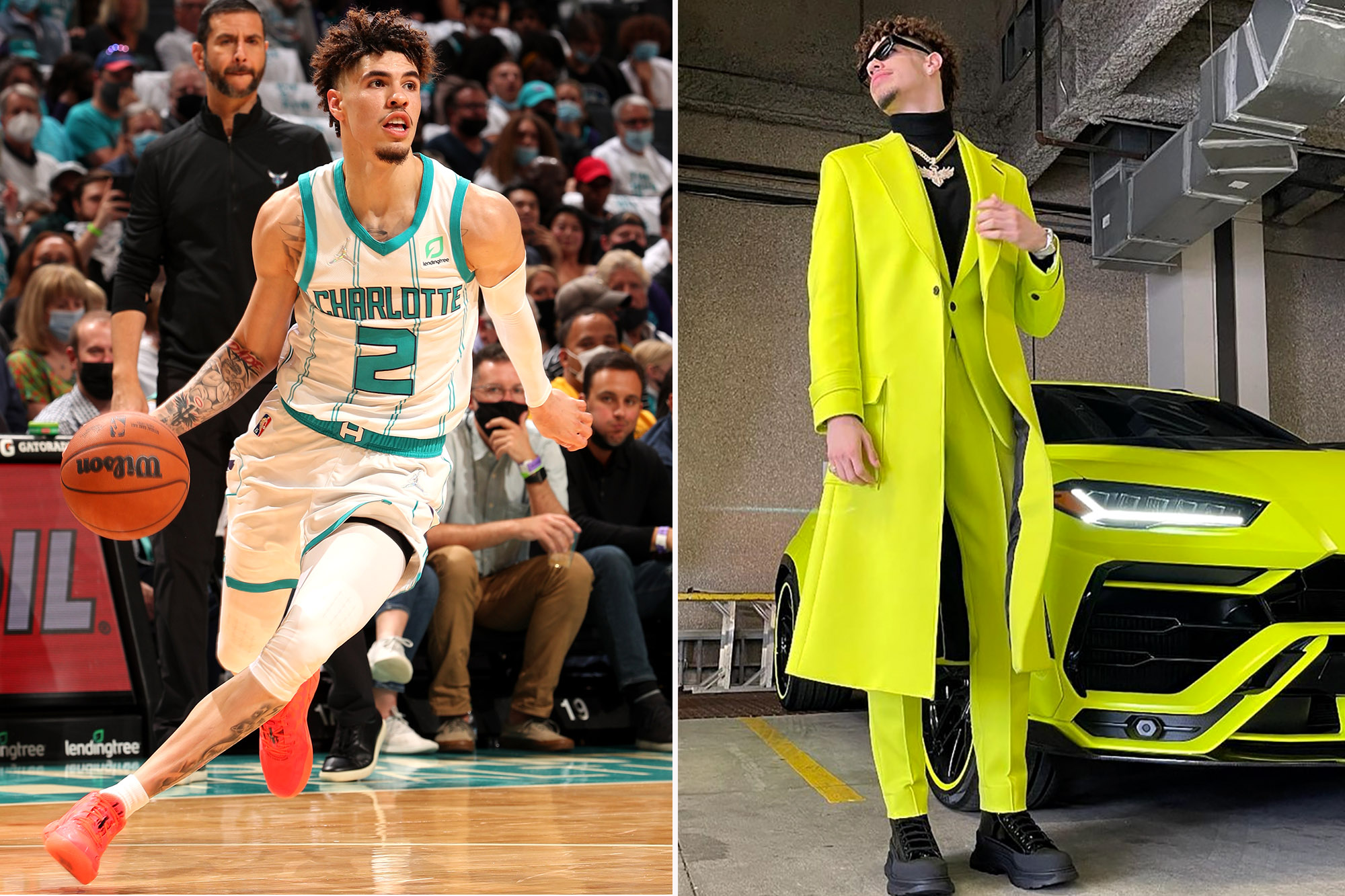 You couldn’t miss LaMelo Ball during – or after – Charlotte’s 123-122 win over the Pacers on Wednesday night.

The reigning Rookie of the Year rocked neon green threads to his postgame press conference after dropping 31 points to start the season.

Ball modeled a bright trench coat with a blazer underneath and matching pants by his LaFrancé brand with a black turtleneck.

He shared a collage of photos to Instagram, posing in front of a luxury Lamborghini Urus sport car that was the same color as his ensemble.

Ball sported a number of diamond jewelry pieces, including a sparkling watch and an embellished necklace. He wore tinted sunglasses and black sneakers.

Ball’s flashy look came after he propelled the Hornets to a comeback win against the Pacers.

Charlotte was down by as much as 23 points but went on a 24-0 run in the third quarter. Ball added nine rebounds, seven assists and two steals to his 31-point performance in 29 minutes. It was PJ Washington’s late free throws that secured Charlotte’s win to start the season.

The home crowd serenaded him with an “MVP” chant on opening night.

“Yeah definitely I heard it. The city turnt. I love it. We’re gonna keep on trying to win,” Ball said on the court after the game.

The Hornets visit the Cavaliers on Friday.