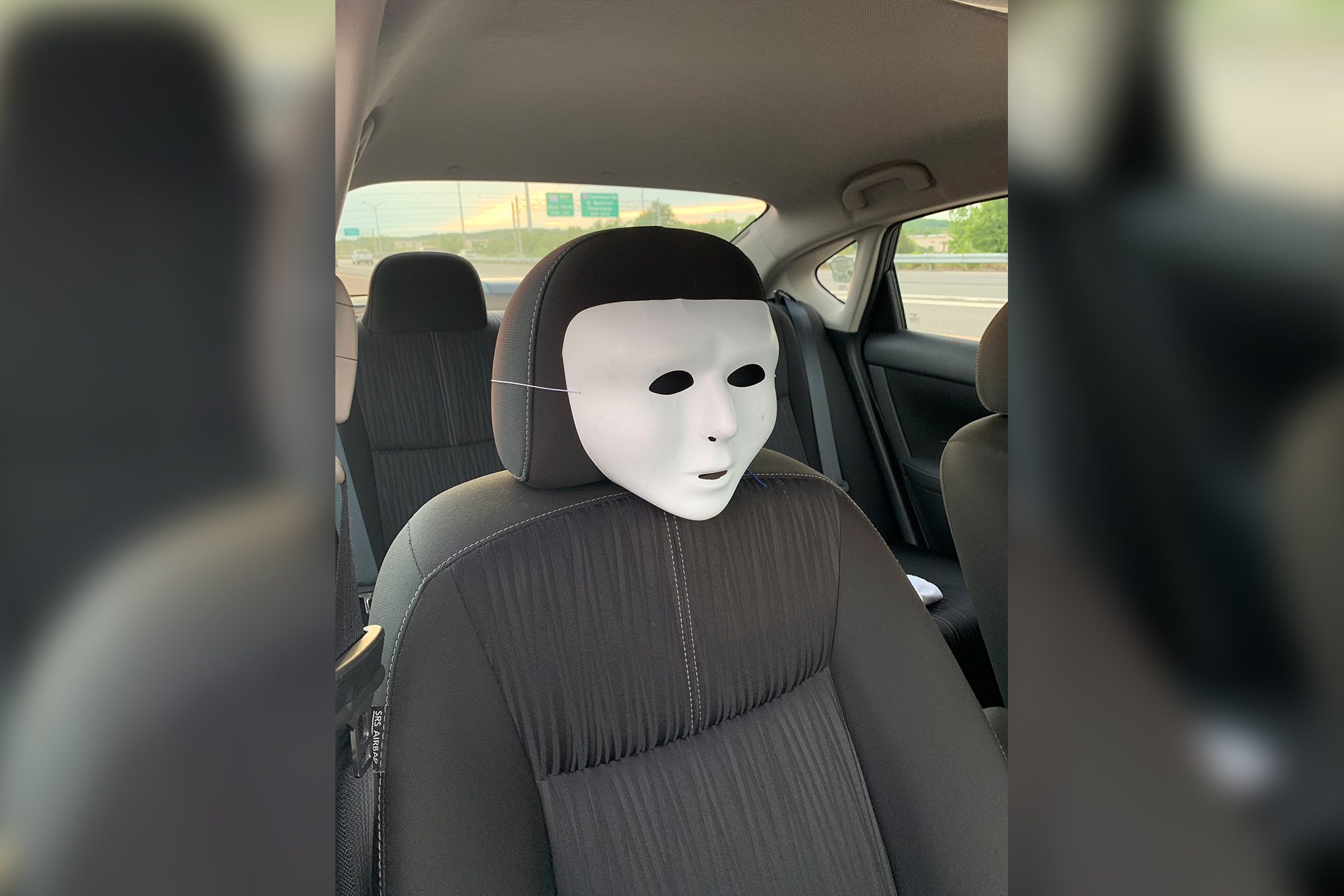 A Long Island man was pulled over and given a summons for allegedly driving in the Long Island Expressway HOV lane with a fake passenger on Wednesday night, police said.

Police said Justin Kunis, 20, attached a white drama mask to the front passenger headrest of his Nissan sedan in a bid to make it appear as if somebody else was in the car with him.

A Suffolk County highway patrol officer spotted the suspicious set-up near exit 52 in Commack and pulled Kunis over at about 7:15 p.m., police said.

Kunis, of Lake Grow, was issued a summons for an HOV occupancy violation.

The HOV lanes on the Long Island Expressway are reserved for cars with two or more passengers or buses from 3 p.m. to 8 p.m.