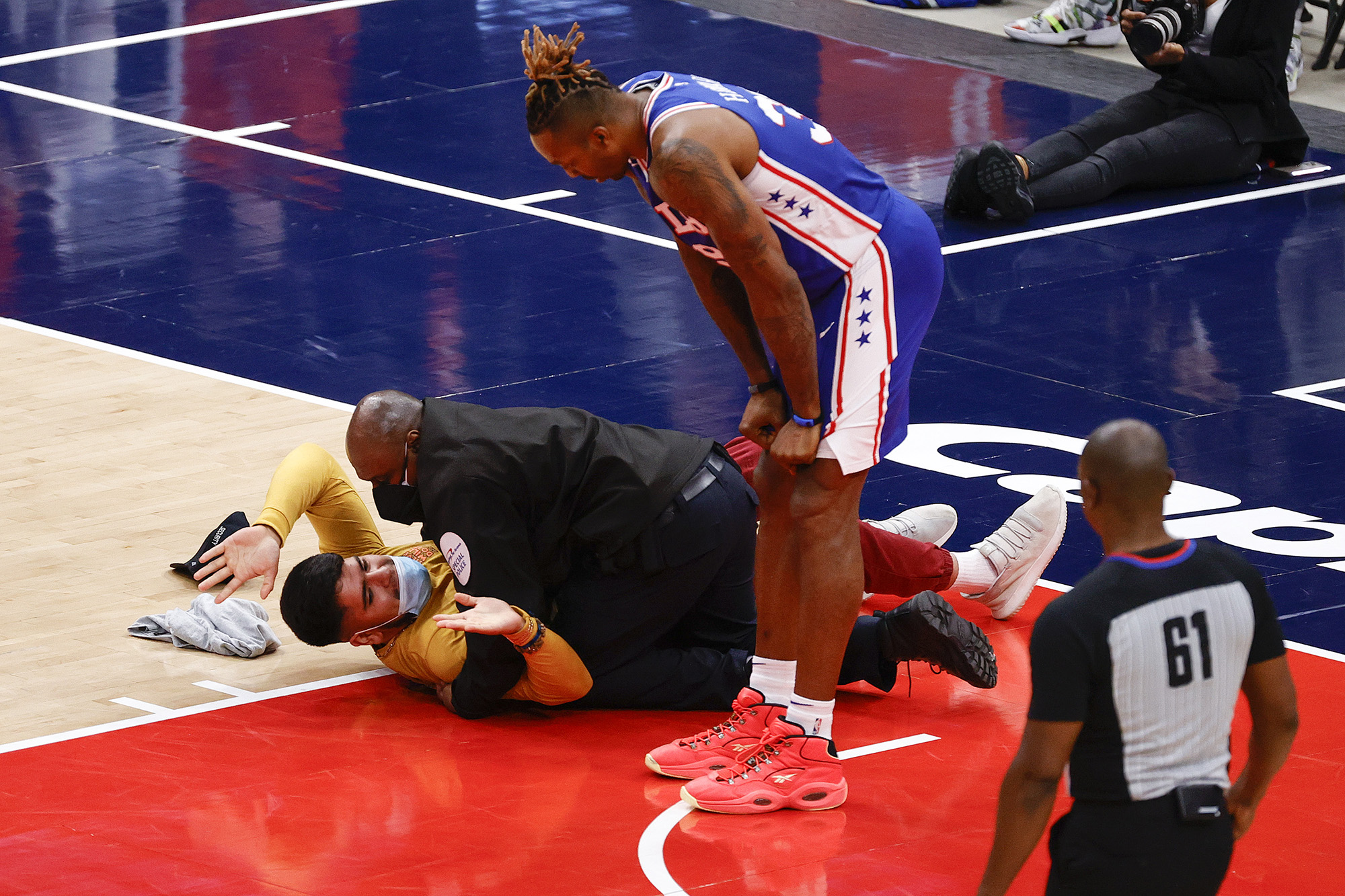 The latest incident occurred Monday night when a fan was tackled by security while attempting to run onto the court during Game 4 of the Wizards-76ers series in Washington.

The male, who later was arrested, according to USA Today, didn’t get far as he was tackled by the legs and then restrained by a security guard along the baseline with Washington up 80-74 late in the third quarter.

This is just another example of an NBA fan acting out during the playoffs. On Sunday, a Celtics supporter in Boston was arrested after throwing a water bottle that nearly Nets star Kyrie Irving.

The Hawks’ Trae Young was spat on at Madison Square Garden and Russell Westbrook has popcorn dumped on him in Philadelphia. Grizzlies guard Ja Morant parents said they were berated by Jazz fans with vulgar and racist remarks during their series.

All of the fans believed to be involved in these prior incident have been banned indefinitely by the respective arena.