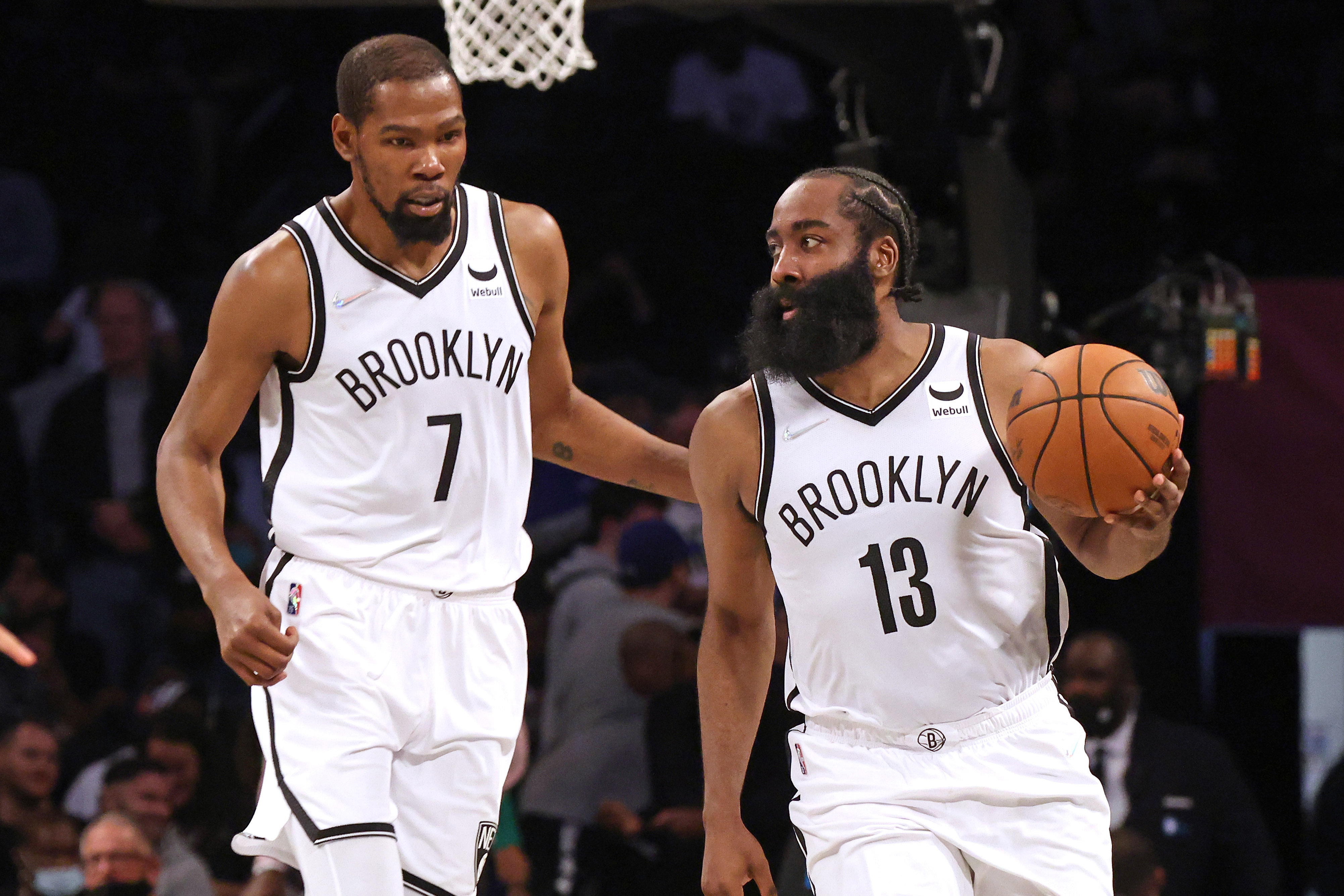 With Kyrie Irving gone indefinitely, Brooklyn’s Big 3 is down to two.

The simple math says James Harden and Kevin Durant will have to do more in his absence. There is no doubt Brooklyn’s remaining Dynamic Duo can be great every night: They’re both former MVPs and have seven scoring titles between them. But the Nets are going to need more than just points from Harden and Durant.

And the reality inside the locker room says there may be even more leadership burden on Harden than on Durant if they still want to win a title.

“We still have two pretty good leaders on the team,” Harden said this week. “Obviously Ky is our leader as well, but we still have obviously myself and Kevin here to lead, which we’re pretty good at.”