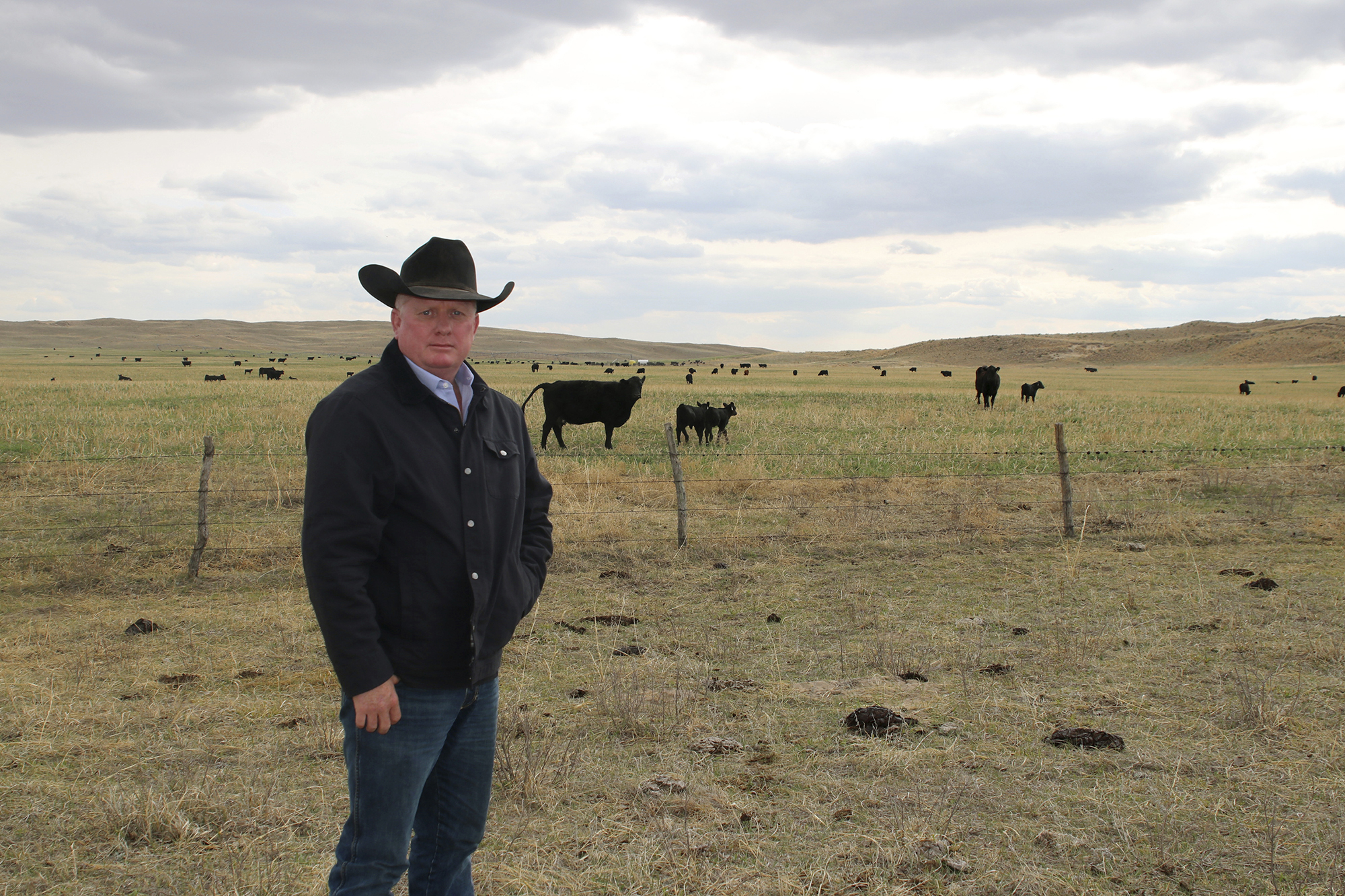 Like other ranchers across the country, Rusty Kemp for years grumbled about rock-bottom prices paid for the cattle he raised in central Nebraska, even as the cost of beef at grocery stores kept climbing.

He and his neighbors blamed it on consolidation in the beef industry stretching back to the 1970s that resulted in four companies slaughtering over 80 percent of the nation’s cattle, giving the processors more power to set prices while ranchers struggled to make a living. Federal data show that for every dollar spent on food, the share that went to ranchers and farmers dropped from 35 cents in the 1970s to 14 cents recently.

It led Kemp to launch an audacious plan: Raise more than $300 million from ranchers to build a plant themselves, putting their future in their own hands.

“We’ve been complaining about it for 30 years,” Kemp said. “It’s probably time somebody does something about it.”

Crews will start work this fall building the Sustainable Beef plant on nearly 400 acres near North Platte, Nebraska, and other groups are making similar surprising moves in Iowa, Idaho and Wisconsin. The enterprises will test whether it’s really possible to compete financially against an industry trend that has swept through American agriculture and that played a role in meat shortages during the coronavirus pandemic.

The move is well-timed, as the US Department of Agriculture is now taking a number of steps to encourage a more diverse supply in the beef industry.

The Biden administration last month said it was concerned that the meatpacking industry was “pandemic profiteering,” announcing that the USDA will invest $1.4 billion in assistance to food processers harmed during the pandemic.

According to Texas Agriculture Commissioner Sid Miller, pushing back against the big processers is the right move for ranchers and would benefit both ranchers and consumers.

“Ranchers have been getting screwed long enough, it is time we fight back. This is how we do it, we go head to head with the big processors.” Miller told Fox News.

Still, it’s hard to overstate the challenge, going up against huge, well-financed competitors that run highly efficient plants and can sell beef at prices that smaller operators will struggle to match.

The question is whether smaller plants can pay ranchers more and still make a profit themselves. An average 1,370-pound steer is worth about $1,630, but that value must be divided between the slaughterhouse, feed lot and the rancher, who typically bears the largest expense of raising the animal for more than a year.

“Cattle people are risk-takers and they’re ready to take a risk,” Briggs said.

Consolidation of meatpacking started in the mid-1970s, with buyouts of smaller companies, mergers and a shift to much larger plants. Census data cited by the USDA shows that the number of livestock slaughter plants declined from 2,590 in 1977 to 1,387 in 1992. And big processors gradually dominated, going from handling only 12 percent of cattle in 1977 to 65 percent by 1997.

Currently four companies — Cargill, JBS, Tyson Foods and National Beef Packing — control over 80 percent of the US beef market thanks to cattle slaughtered at 24 plants. That concentration became problematic when the coronavirus infected workers, slowing and even closing some of the massive plants, and a cyberattack last summer briefly forced a shutdown of JBS plants until the company paid an $11 million ransom.

The Biden administration has largely blamed declining competition for a 14 percent increase in beef prices from December 2020 to August. Since 2016, the wholesale value of beef and profits to the largest processors has steadily increased while prices paid to ranchers have barely budged.

The backers of the planned new plants have no intention of replacing the giant slaughterhouses, such as a JBS plant in Grand Island, Nebraska, that processes about 6,000 cattle daily — four times what the proposed North Platte plant would handle.

However, they say they will have important advantages, including more modern equipment and, they hope, less employee turnover thanks to slightly higher pay of more than $50,000 annually plus benefits along with more favorable work schedules. The new Midwest plants are also counting on closer relationships with ranchers, encouraging them to invest in the plants, to share in the profits.

The companies would market their beef both domestically and internationally as being of higher quality than meat processed at larger plants.

Chad Tentinger, who is leading efforts to build a Cattlemen’s Heritage plant near Council Bluffs, Iowa, said he thinks smaller plants were profitable even back to the 1970s but that owners shifted to bigger plants in hopes of increasing profits.

Now, he said, “We want to revolutionize the plant and make it an attractive place to work.”

Besides paying ranchers more and providing dividends to those who own shares, the hope is that their success will spur more plants to open, and the new competitors will add openness to cattle markets.

Derrell Peel, an agricultural economist at Oklahoma State University, said he hopes they’re right, but noted that research shows even a 30 percent reduction in a plant’s size will make it far less efficient, meaning higher costs to slaughter each animal.

Unless smaller plants can keep expenses down, they will need to find customers who will pay more for their beef, or manage with a lower profit margin than the big companies.

“We have these very large plants because they’re extremely efficient,” Peel said.

According to the North American Meat Institute, a trade group that includes large and mid-size plants, the biggest challenge will be the shortage of workers in the industry.

“Many processors, including Tyson, are not able to run their facilities at capacity in spite of ample cattle supply,” Miller told a US Senate committee in July. “This is not by choice: Despite our average wage and benefits of $22 per hour, there are simply not enough workers to fill our plants.”

The proposed new plants come as the USDA is trying to increase the supply chain. The agency has dedicated $650 million toward funding mid-size and small meat and poultry plants and $100 million in loan guarantees for such plants. Also planned are new rules to label meat as a US product to differentiate it from meat raised in other countries.

“We’re trying to support new investment and policies that are going to diversify and address that underlying problem of concentration,” said Andy Green, a USDA senior adviser for fair and competitive markets.