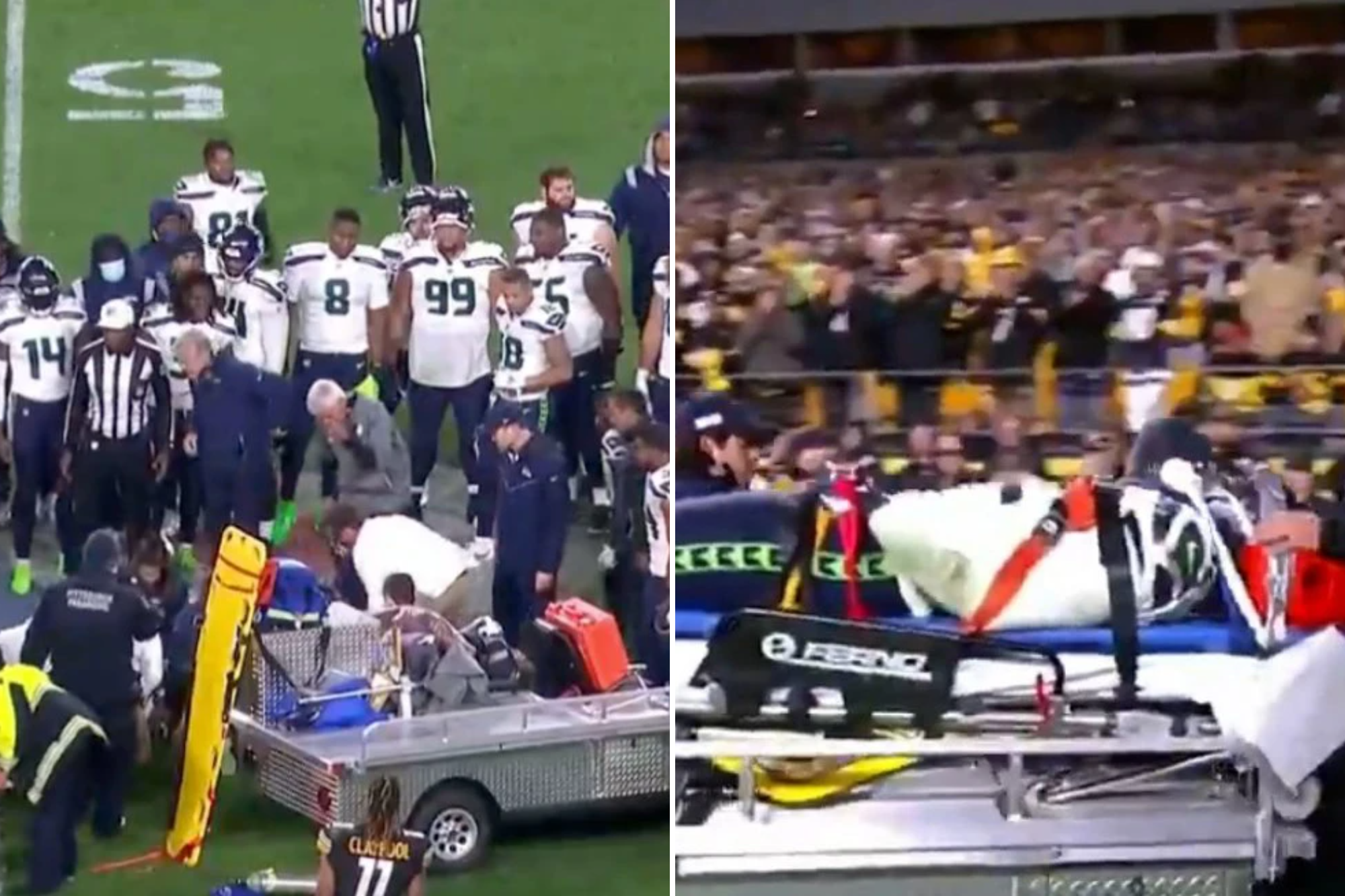 PITTSBURGH — Seattle linebacker Darrell Taylor left the Seahawks’ game Sunday night against Pittsburgh late in the fourth quarter on a stretcher with an unspecified injury.

Taylor fell to the ground during a 3-yard gain by Pittsburgh’s Najee Harris with the Steelers driving near midfield with 3:10 to play in regulation.

Taylor laid on the ground for more than 10 minutes while being attended to by medical staff. Players from both sides came out to offer support. He was placed on the stretcher and taken to a hospital.

NBC reported that Taylor had movement in all of his extremities.