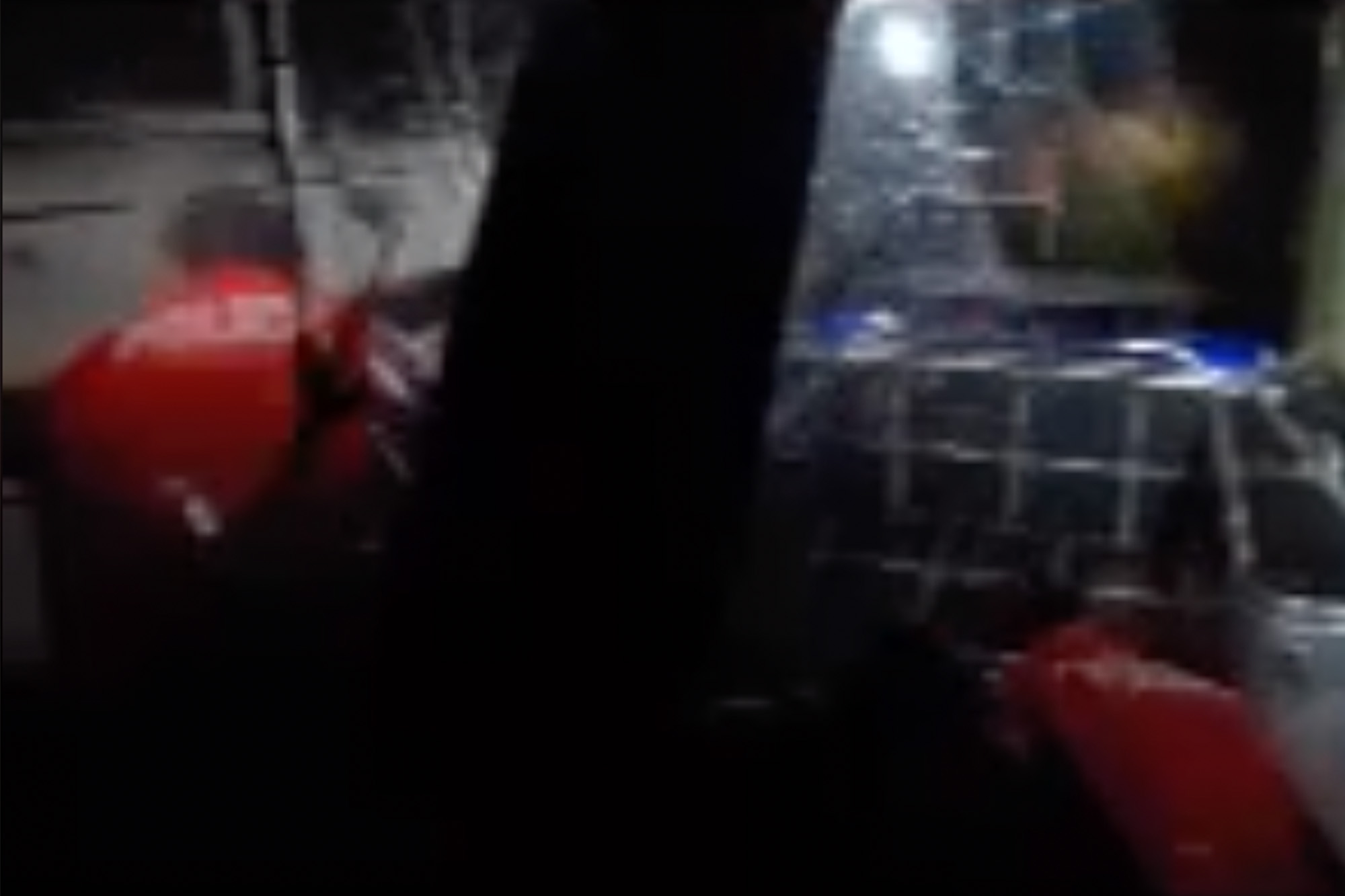 Long Island police rescued two men from a sinking sailboat that was being battered by wind, rain and rising tides off Fire Island early on Saturday, authorities said.

Suffolk County Police Marine Bureau officers pulled the stranded sailors off the 25-foot boat and onto a police vessel around 1 a.m., the department said.

“The lines on the sailboat broke and were being smashed against the dock and other boats,” in Fire Island Pines Harbor, cops said in a press release.

Dramatic cockpit surveillance footage showed the officers maneuvering their rescue vessel near the thrashing sailboat so the unmoored mariners could jump to safety.

Squires was treated at the hospital for minor injuries caused from catching one of the jumping men.

Police initially said the sailboat could not be salvaged and sank, but later said they misspoke, and that the vessel had actually been towed to land.