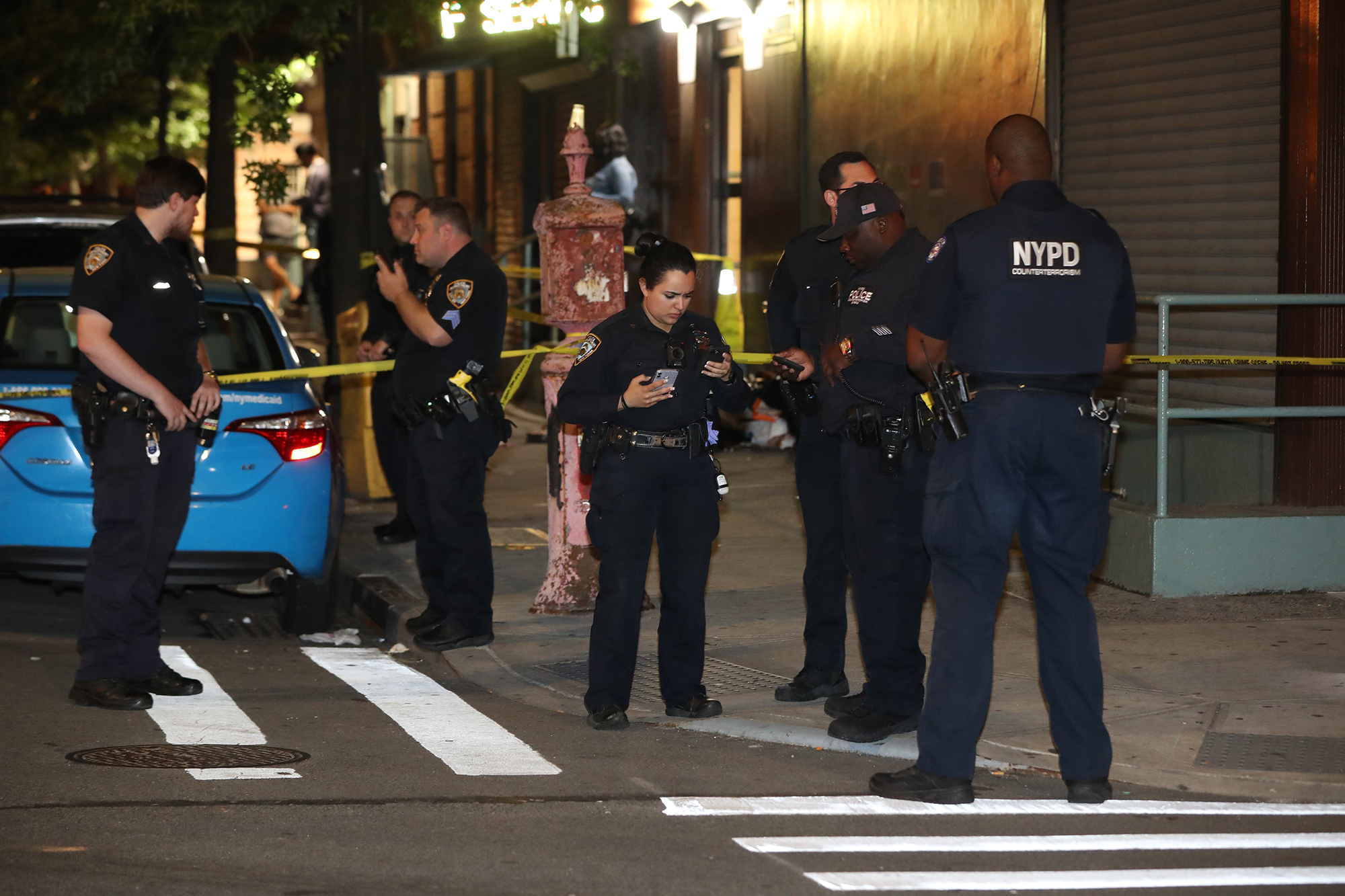 A 15-year-old boy shot dead in East Harlem Monday night was out to pick up some fried chicken with his family when he was gunned down, his grandmother told The Post.

“He would have been a great person,” Rosemary West said Tuesday of her slain grandson, Amir James. “He was just starting out.”

“There were so many things he wanted to do.”

Amir, a student at Thurgood Marshall Academy, was with his sister and another relative at Lexington Avenue and East 123rd Street around 10:30 p.m. when he was shot in the chest by a lone gunman.

The teen was later pronounced dead at Harlem Hospital.

It’s not clear if the teen was targeted or an innocent bystander, an NYPD spokesman said.

“I don’t think he knew the guys,” his grandmother said.

West said the teen’s mother lives in the Bronx and “is trying to hold on” following her son’s death.

“It’s hard when a mother has to bury a child,” she said.

West described her grandson as a top student and a gifted athlete — particularly in football, basketball and kickball.

“Always called on him to get on the team because he was so good,” she said.

“I taught him how to cook,” West said, adding that they liked to make breakfast, peas and rice, potato salad and barbecue chicken together.

She called him “greedy with a good appetite.”

On Tuesday, the teen’s family was huddled in West’s Harlem apartment mourning his death. She said the family is now trying to make funeral arrangements.

“He was a great person,” the grandmother said.