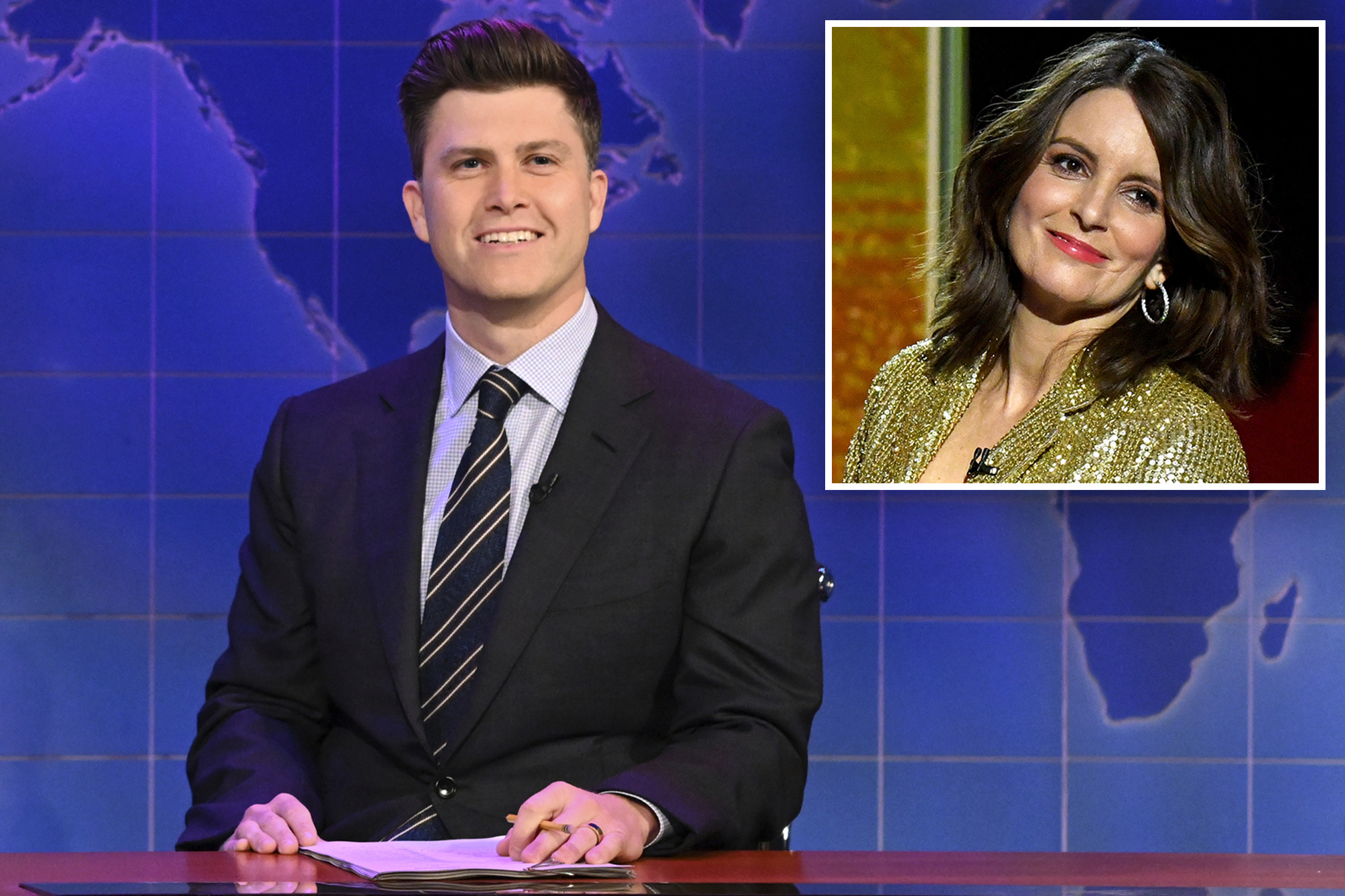 “Weekend Update” is preparing to go back in time thanks to a COVID-19 outbreak.

An insider told The Post that “Saturday Night Live” alum Tina Fey, 51, was in talks “to fill in” for Colin Jost, 39, on the “Weekend Update” desk tonight when he reportedly nixed doing the show after a rash of positive tests among the cast.

In addition, musical guest Charli XCX officially bailed on performing, saying she was “devastated and heartbroken” by the turn of events.

Fey’s alleged appearance would mean a return to the 30 Rockefeller Center anchor chair for her: She co-anchored “Weekend Update” alongside Amy Poehler, 50, from 2004 to 2006 and previously with current “Tonight Show” host Jimmy Fallon, 47, from 2000 to 2004.

Emmy winner Fey’s “SNL” return could also mean a reunion of sorts with Fallon, who an insider said was among the “possibilities” to pop up during host Paul Rudd’s monologue to celebrate his fifth time hosting the sketch series. Jost normally hosts “Weekend Update” with Michael Che, 38.

An insider told The Post that there will be “minimal” crew for tonight’s sketch show — whatever form it might take — and that the only cast member who stayed behind was longtime staffer Kenan Thompson, 43, who would be available to introduce pre-taped video segments. The source said they were “not sure what they were going to do” as far as structuring the episode, adding that a “clip show” was even a possibility.

Before a live audience was nixed and cast and crew were sent home, executive producer Lorne Michaels had reportedly been “trying to hold on” to make the show happen in some form.

“Everyone is fearful here,” the insider told The Post earlier in the day.

The show, now in its 47th season, announced Saturday that it would not have a live audience for this week’s taping as coronavirus cases have spiked — and set records — in New York City and beyond.

“Due to the recent spike in the Omicron variant and out of an abundance of caution, there will be no live audience for tonight’s taping of ‘Saturday Night Live’ and the show will have limited cast and crew,” the show said in a statement. “The show continues to follow all government safety guidelines in addition to a rigorous testing protocol.”

Rudd was set to host with singer Charli XCX, who announced on Twitter that she would not perform on Saturday evening.

“hi everyone. due to the limited crew at tonight’s taping of snl my musical performances will no longer be able to go ahead,” she wrote. “i am devastated and heartbroken. myself, caroline, christine and all of our crews and teams have worked so hard all week alongside the snl team to bring the most amazing musical performances to life. it can’t happen this time but I’ll be back!

“i am currently safe and healthy but of course very sad,” she continued. “please look after yourselves out there and make sure you get vaccinated if you haven’t already. lots of love, Charli.”

“The positive cases were so many that it was making everyone scared,” an “SNL” insider told The Post about the outbreak and its effect on the cast and crew.

“Whatever happens it will be interesting to see what is aired tonight,” they added.

The outbreak comes as a string of Broadway shows — including “Company,” “Moulin Rouge! The Musical,” “Hamilton,” “Harry Potter and the Cursed Child,” “Ain’t Too Proud,” “Mrs. Doubtfire,” “Tina – The Tina Turner Musical” and “Freestyle Love Supreme” — have all temporarily shut down this past week due to COVID concerns.

The Radio City Rockettes — just around the corner at Radio City Music Hall on Sixth Avenue — also cut their season short on Friday after an outbreak.