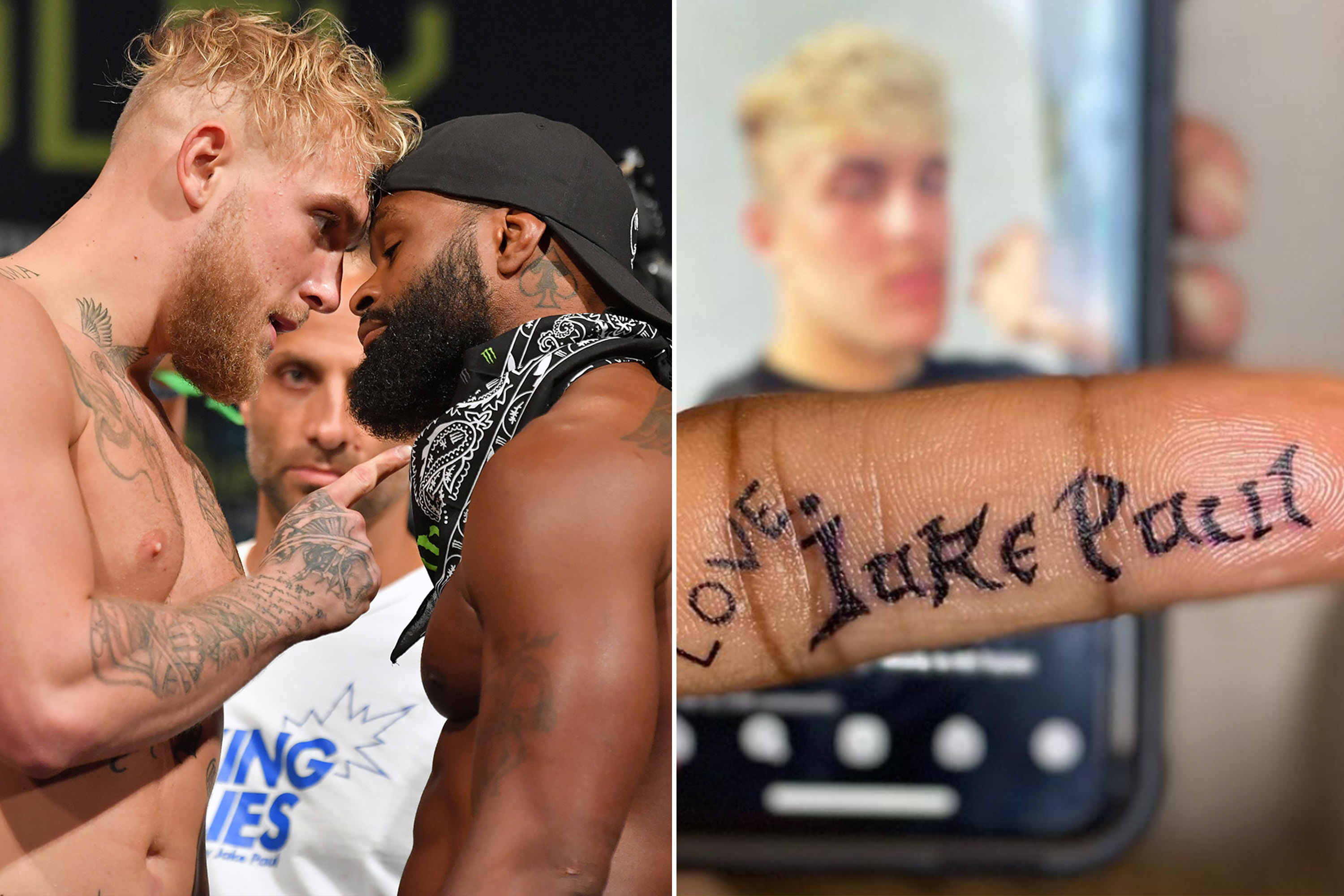 Tyron Woodley is a man of his word.

The former UFC star took to Instagram on Monday to show off his new finger tattoo — “I love Jake Paul” — in black ink.

After losing to Paul by split-decision in an August bout, Woodley made a deal with the YouTuber to arrange a second fight.

“If you’re not scared, run it back,” Woodley said in the ring following his loss. Paul suggested, “If you get the tattoo, ‘I love Jake Paul,’ let’s run it back.”

The two agreed, and Woodley called out Paul while debuting the new tattoo.

“I love you son. Now come and get this ass whippin cause i heard you been talking back to your elders. WHERE YOU AT!?” he wrote in his caption, adding the hashtag #ManofMyWord.

Woodley noted that Rubia Santana, a celebrity painter and tattoo artist, was responsible for his new ink. He appeared to have the comments section turned off on his post.

Woodley and Paul do not have an official second fight on the books, but things seem to be trending in that direction.