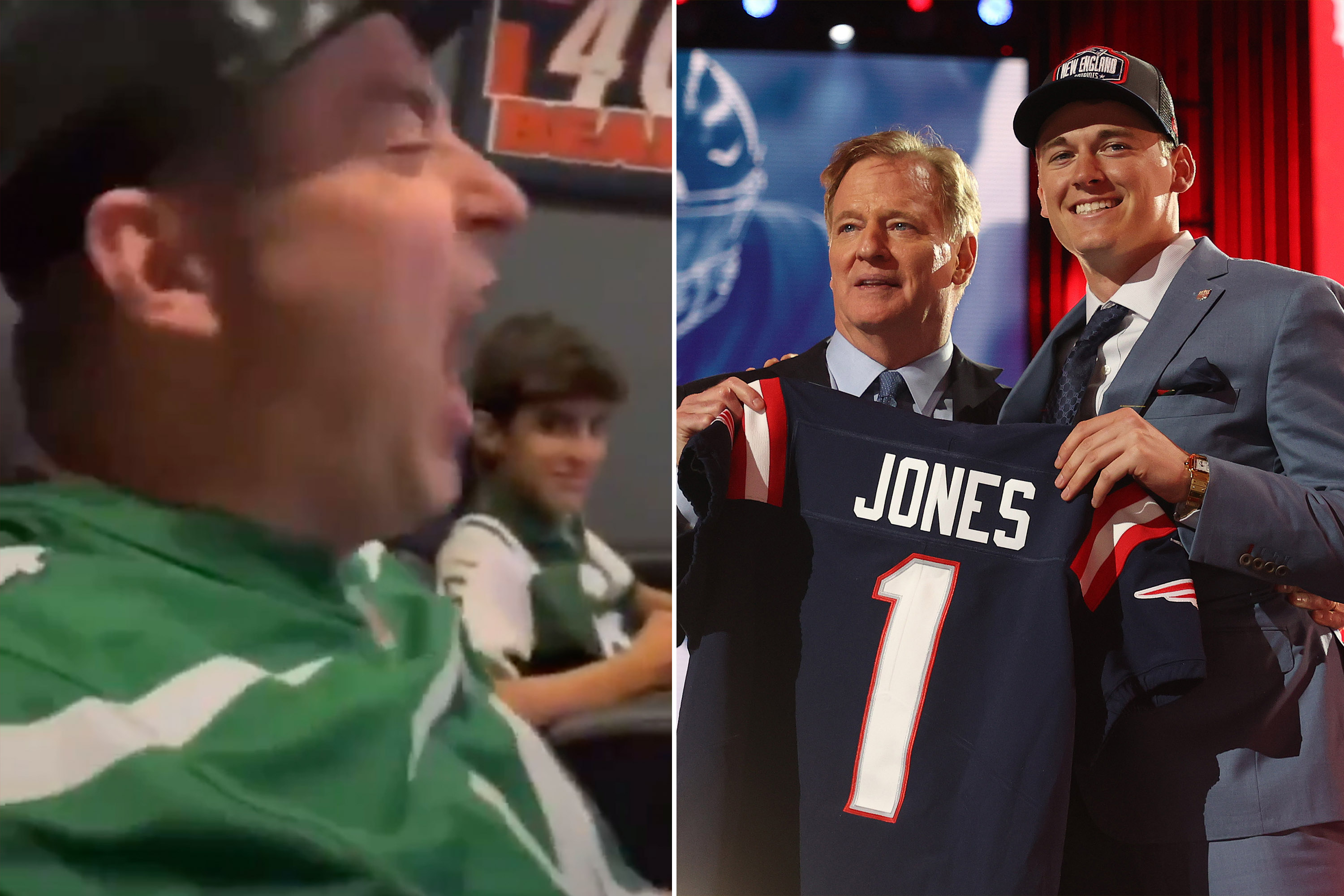 The Patriots landed a top-rated quarterback in the 2021 NFL Draft in Mac Jones, and one Jets fan is tormented by the idea of a potential Tom Brady 2.0.

A video posted to the Instagram account @gilletteturnup showed a man decked out in Gang Green gear, watching the first round of the 2021 NFL Draft on April 29. When the Patriots announced they had selected Jones with the No. 15 pick, the Jets fan erupted in a profanity-laced outburst.

“He’s going to f–king— watch what happens!” he shouted as his presumed son looked at him with distress.

The man continued: “Look at him, look at his pace.”

Jones, who was a Heisman Trophy finalist this past season at Alabama, was one of the top quarterback prospects of this year’s draft, and one of six Crimson Tide players taken in the first round.

Jones fell to No. 15 after some thought the 49ers were going to draft him at No. 3. San Francisco ultimately opted for North Dakota State star Trey Lance.

Jones was also the first quarterback selected by the Patriots in the first found since Drew Bledsoe in 1993.