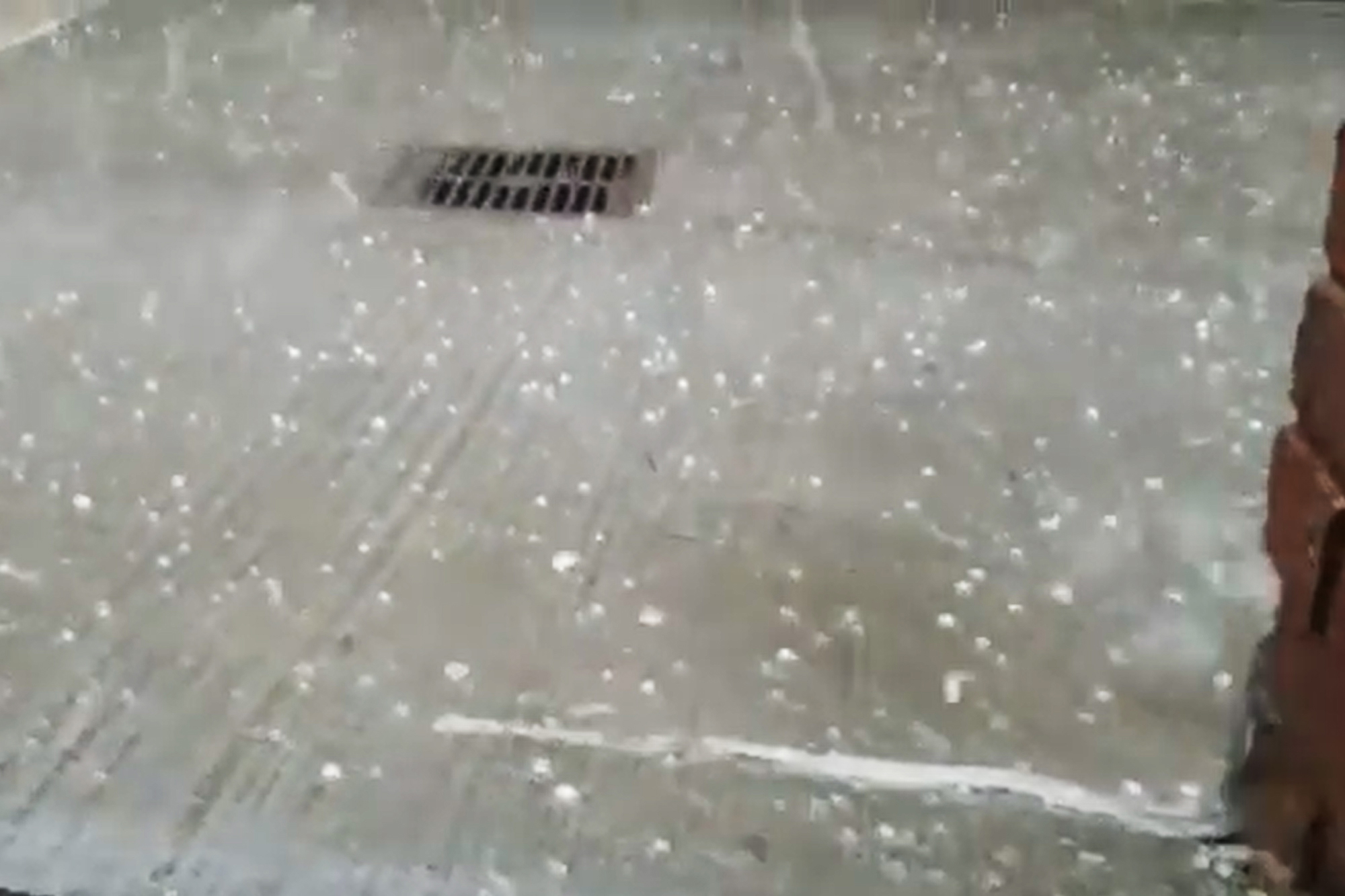 New Yorkers were left wondering “What the hail?” Friday when a spring thunderstorm dumped icy pellets down on city streets.

Hail was reported in several boroughs, including in Upper Manhattan near Central Park, where marble-sized drops of ice pelted passing cars, according to video posted on Twitter.

“Just your typical 4:00 pm June hail storm in Manhattan,” one user wrote, along with footage of hail hitting a windshield.

The National Weather Service issued a severe thunderstorm warning for the Bronx, Queens and Brooklyn as well as Nassau, Suffolk and Westchester counties, saying that hail up to one-inch in a diameter — or the size of a quarter — was possible.

“NYC said Hail Boy Summer,” another user posted, along with footage of hail bouncing off a roof in the city.

Meteorologist Erik Pindrock posted a clip on Twitter of pea-sized hail rolling through Astoria, Queens for about four minutes.

Another video shot from the top of a Manhattan building showed rain and hail crashing down to the street below.

“Pea size hail on upper east side (big peas!),” one person tweeted with a close-up image of the ice ball.